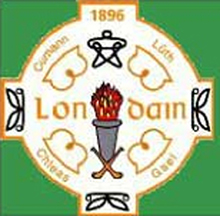 It was a massive weekend of Gaelic sports action in London last weekend as we had no less than five championship titles to be decided at Ruislip.

These were the last London club championship finals before Ruislip’s proposed redevelopment takes place over the coming months, and add in a first in televised senior finals by IrishTV.ie on SKY 191 channel, made for a rather historic occasion.

In the Podcast, we look in-depth at the championship deciders with London GAA PRO Declan Flanagan.