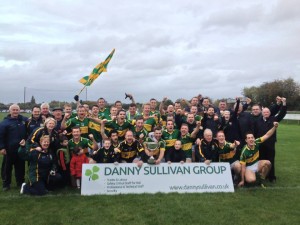 This was a repeat of the 2012 decider with Tir Chonaill back then proving too strong but this time around an improving Kingdom Kerry were looking like a team that meant business.