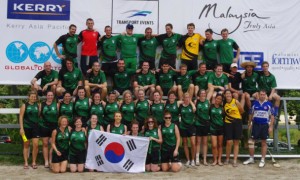 It’s been a while since we focused on Gaelic Sports happenings in Asia so in our Podcast today we turn our attention to the Far East and to the country of South Korea where we profile the Seoul Gaels Club.

Formed from humble beginnings shortly after the World Cup Tournament of 2002, the Seoul Gaels, the first GAA club to form in South Korea, immediately made an impact that year at the Asian Gaelic Games in Thailand. Since then the club has prospered and influenced the growth of new clubs and a brand new league in the country.