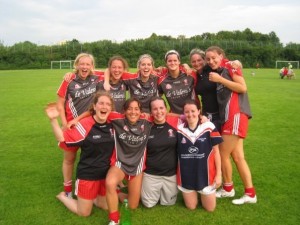 A record breaking European Mens & Ladies Gaelic Football Championship took place this weekend in Maastricht, Holland, with the largest number of teams ever gathered for an enthralling final round.

Some 30 teams representing 10 countries at the Stichting Sportpark West complex were in action in the Men’s and Ladies Championship as well as Men’s Shield, and new event, the Men’s Plate.

The men’s championship came down to the wire between top contenders, last year’s champion’s Guernsey and Belgium A, while in the ladies championship, Holland A were hoping stop Belgium A taking their 5th title in a row. In the men’s shield a mammoth 17 teams took to the field with Malmo in pole position to take the European title.

Here to report on this year’s final round is Europe GAA PRO Brian Clerkin.