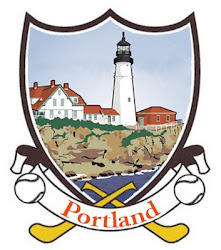 In today’s podcast we look at an exiting development that began early last year in the city of Portland in the state of Maine, USA.

The Portland Hurling Club, formed just five short years ago, is steadily building a local hurling player-base and at the start of 2011 season the club decided to introduce the sport to the young people of the city.

That was the start of the Maine Gaelic Sports Alliance (MGSA) and since then a solid core of young players ranging in ages 5-15 have started to take the ancient sport to the land of pine trees, moose, blueberries and lobster.

We spoke to the club’s Youth Development Officer, American James Tierney, last summer about the MGSA development and its hopes for the future.

(Story Update: Since the podcast recording, the MGSA is conducting a clinic and a 4 week Gaelic Sports session for the South Portland (Maine) Recreation Dept in April/May, and, is introducing football and adult camogie into the offering for 2012.)