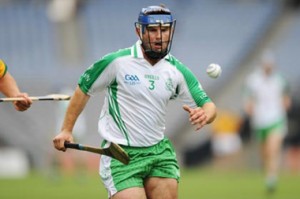 Hurling takes center stage over the Easter holidays in London as we have the opening round of the 2011 Nicky Rackard Cup.
The big clash pitts last year’s runners-up, London against high flying Roscommon, who last week captured the Allianz 3A title when beating Mayo.
Despite London playing at a higher level in Division 3A, they could be facing a tough task here as a number of players are serving suspension, while yet others are on the injury list, and, their opponents the  ‘Rossies’ will be brimming with confidence following their league final victory.

Meanwhile in the London Senior Hurling Div 1 League, after two rounds, last year’s league and championship winners, Kilburn Gaels have gotten off to a slow start, as they played two and lost two to St Gabriels and Robert Emmett’s respectively, both of whom are showing very good early form.
It’s down to the semi final stage in the Tipp Cup in football with last year’s Intermediate and Murphy Cup winners, Moindearg taking on Senior London champions, Neasden Gaels, while in the other semi, St Kiernans take on the 2010 London runners-up, Parnells. Fixture dates yet to be decided for the semi-finals.
Here to fill us in on all the latest from London is chairman, Tommy Harrell.

NOTE: Watch out for GaelicSportsCast full report on the NEW YORK v ROSCOMMON Connacht Minor Championship clash over the weekend, with result updates during the match tomorrow from Croke Park on GaelicSportsCast  Twitter and Facebook pages.